History of the ARA

The predecessor to the Annex Residents’ Association originated in an effort that in 1925 succeeded in preventing the building of a Catholic boys' school on Prince Arthur. This was not the first time that residents of the Annex had attempted to stop a school. In 1889 they had tried but failed to stop the construction of the Huron Street school (rebuilt on its current site in 1956). On the other hand, opposition could not have been to schools per se, since some, like the Anglican private girls' school of St. Mildred’s College at 36 Walmer, were unopposed. Clearly other values were at play at the time.

The successful 1925 campaign against the Prince Arthur school emboldened Annex residents to prevent construction of an orthopedic hospital on the same site. At that time residents of the street formed the first Annex Ratepayers Association, largely to draw others into this effort. Subsequent to these “victories” this association merged with one in the west part of the Annex. In 1960, three years after tenants gained municipal suffrage in Toronto, they were granted membership into the Association which previously had been limited to property owners. 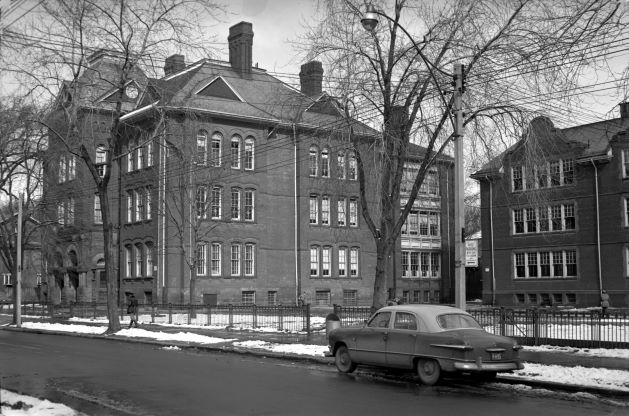 At the time, the Annex Ratepayers’ Association was fundamentally a social body that dealt in tea parties and community events. That changed at the end of the 1960’s mainly through the course of a city-wide campaign against the construction of an expressway down Spadina. If completed, that thoroughfare would have plunged through the heart of the Annex, linking Highway 401 to the Gardiner Expressway. The ratepayers had tried unsuccessfully to oppose the plan when it had first been devised ten years previously. But they had managed only to wrestle a slight alteration in the design and consequently remained resigned to the imposition.

When the Province finally moved to start construction, the Association was essentially defeatist. But the Board's position was irreversibly changed when it invited grass roots activists Bobbi Speck and Lorraine Van Riet to join, and subsequently were taken over by the likes of Nadine and David Nowlan and the urbanist, Jane Jacobs, who had moved to the Annex in 1967. These activists' boisterous campaign was instrumental in the election of a reform municipal government for the city of Toronto. 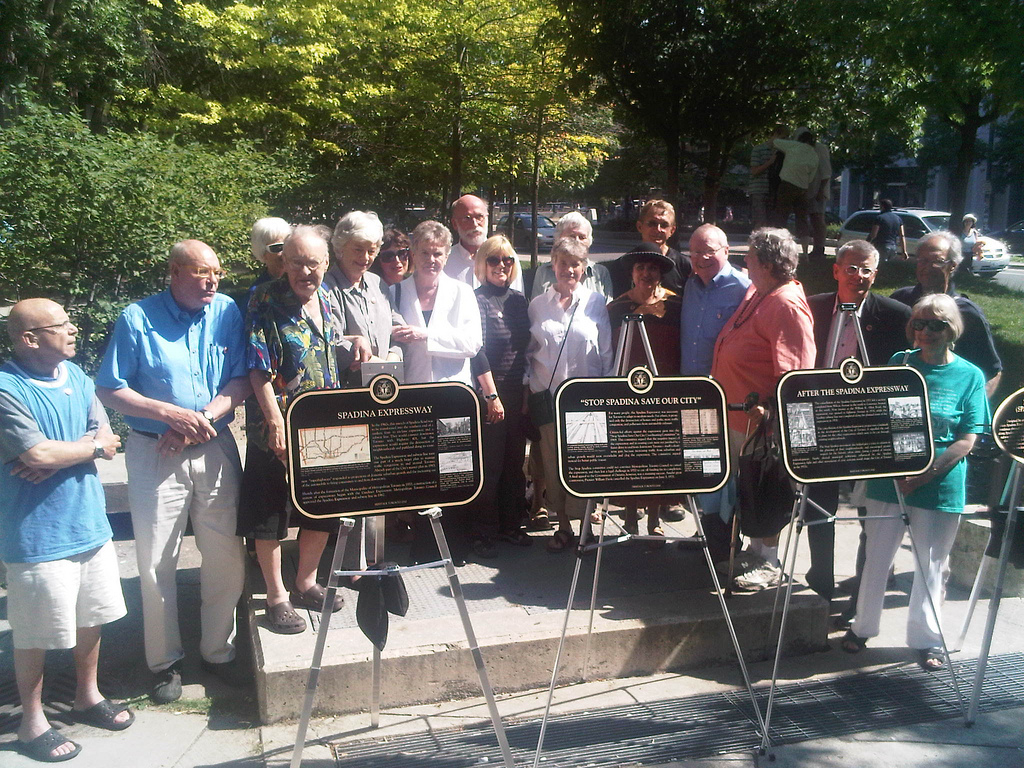 In an eleventh-hour reprieve in June, 1971, the expressway was halted by the provincial government of Premier William Davis. And by that time, the Annex Ratepayers’ Association was irrevocably changed. Its membership had grown to embrace younger and reform-minded members, including some tenants from the many apartment and rooming houses in the area. The association’s orientation came largely into alignment with values of the City’s reform movement. And in 1975 it changed its name to the Annex Residents’ Association.

Since that time, the ARA has worked to protect the integrity of our neighbourhood. An entirely volunteer group, it relied -- and continues to do so -- on super volunteers like Gwen Egan who for so many years administered the membership rolls and produced a regular bulletin "The Voice of the Annex;" Paul Martel who shepherded our parks and parkettes; and the creators of our successive tree inventories. Today the planning and development team are monitoring an ever-growing roster of major planning applications, which now number more than twenty. The heritage team is embarking on the research necessary to determine areas of the Annex outside the current heritage conservation districts that merit this designation.

For a geographical history of the Annex, read the pamphlet written by past ARA Board member Jim Lemon.