The Annex is a dynamic and diverse neighbourhood that has grown exponentially in the past decades with no sign of slowing down. Our community encompasses every conceivable form of housing from single family fully detached homes to low-rise multi-unit dwellings, apartments, and condominium towers. Close to downtown, served by three subway stations, and enhanced by parks and open green spaces, the Annex is an infinitely attractive place to live.

Land Use Designations in the Annex

At this time there is considerable development pressure around the edges of the Annex. Specifically, there is tension between the lands designated "Neighbourhood" and those designated "Mixed Use."

The Official Plan for Toronto divides the city into different areas depending on how they can be used. There are two broad categories of designations, the first of which – including “Neighbourhood” – are categories that are designed to protect and reinforce the existing physical character of an area.

Chapter Four of the plan explains the “Neighbourhood” designation – what it means and why it’s there:

Toronto’s hundreds of low scale residential neighbourhoods, with their distinctive character, together with local institutions, retail and services that serve their populations, are prized by residents. These Neighbourhoods, as well as the Apartment Neighbourhoods, composed largely of apartment buildings and differentiated because of the scale of buildings, share the objectives for contextual stability, better amenities and environmental sustainability.

On the other hand, there are designations designed to promote growth. And “Mixed Use” is one of these. Again, according to the plan:

Many of the properties within Downtown, the Centres and along the Avenues are designated Mixed Use Areas, encouraging a broad range of commercial, residential, institutional and open space uses. Flexibility is provided for future redevelopment in these areas to accommodate increases in population and jobs along transit lines.

Why This Is Important

While the Annex is largely within the “Neighbourhood” designation, the fact is that the edges of our community – sites along arteries like Bloor and Avenue and Dupont and Davenport – are sites that are designated as “Mixed Use.” You can see them in the sketch below. They are the ones in red. And we all know that red is the colour that bleeds most easily in the wash. 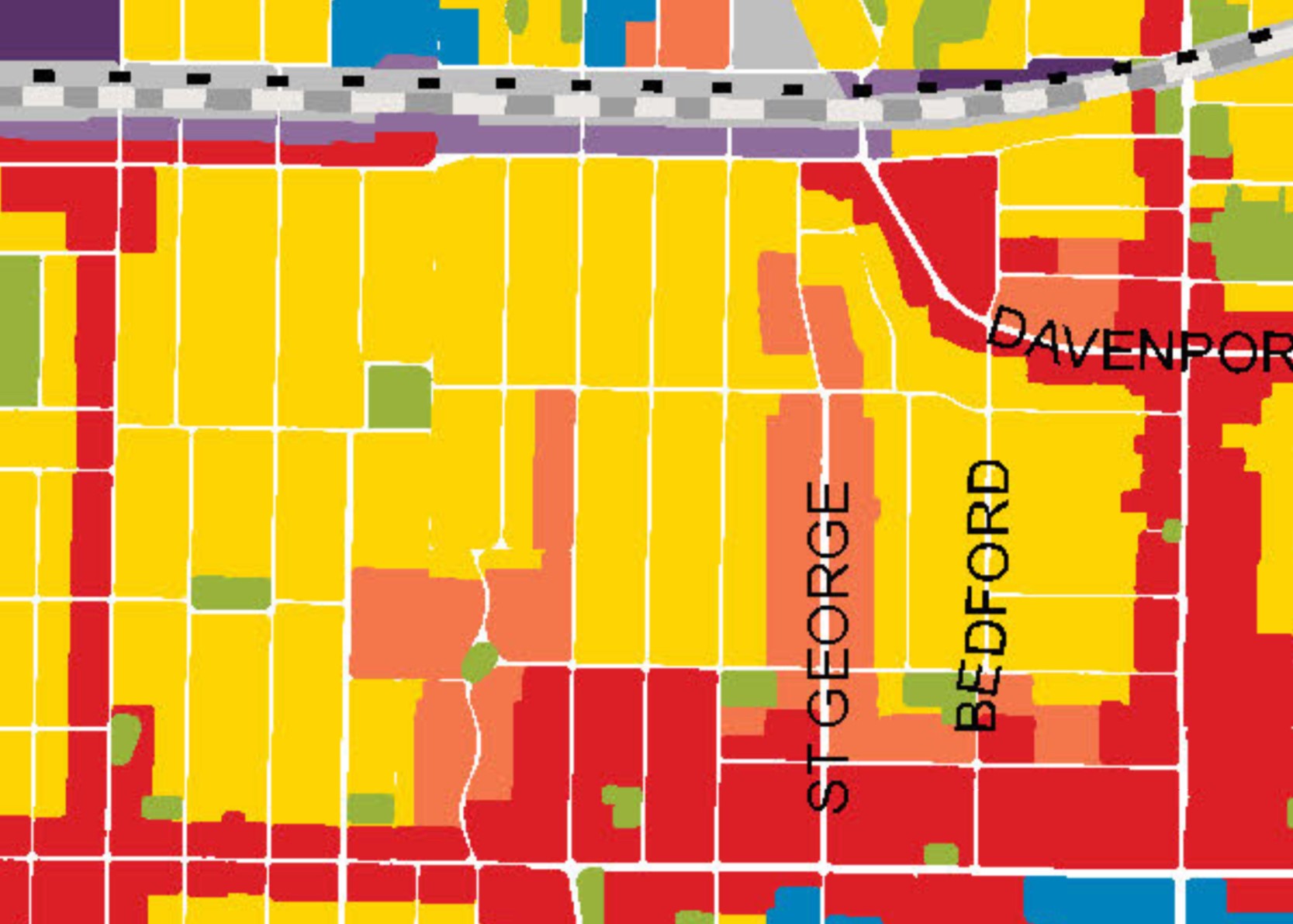 As developers purchase properties in the red zones, they sometimes try to assemble them with properties in the yellow or coral zones and then attempt to change the protected areas to designations that permit growth. The incursion is even more problematic when it threatens a designated Heritage Conservation District such as the East Annex HCD.

It is the Planning and Development Committee's mandate to advocate for responsible development that does not infringe on residents' rights and is conducted within the guidelines expressed in Toronto's Official Plan.

To that end, a volunteer team of architects, planners, and conservation specialists on the committee has worked diligently to survey the neighbourhood street by street. Their goal has been to establish a set of planning principles that allow for measured growth while at the same time protecting and enhancing those qualities we cherish in the Annex. Click here to access an introductory presentation of their work.

As proposal applications are filed with the City we post project position statements that express the Committee's reactions as informed by these guidelines.